The award-winning author and journalist Ingrid Carlberg writes the astonishing and unlikely story of the man behind history’s biggest prize: Alfred Nobel. The man who became rich in explosives, wrote poetry in secret and dreamed of peace on earth.

With both a broad brush and precision in detail, she portrays Alfred Nobel and the world that surrounded him. It is a living story that follows Alfred from the poor childhood years in Stockholm through 19th century Europe to the stroke in San Remo December 10, 1896, through family quarrels and love sorrows, successes and betrayals. The bitter drama about the will, the advent of prices, becomes the book’s natural crescendo. Nobel is a bustling family chronicle, where Alfred’s dramatic life is also placed in his scientific, literary and political context according to the areas he selected for his prizes. What were the life experiences that drove Alfred Nobel to want to bequeath his fortune to future research? What kind of reality did he want to influence with his surprising will?

Ingrid Carlberg combines the researcher’s scientific level of ambition with the presence and nerve of narrative journalism. The book is based on a number of new and hitherto unknown sources. Carlberg has dug into archives in five countries and plowed through the thousands of private letters. It has never been done before. Nobel is thus the first collective story about the background to the Nobel Prize ever. 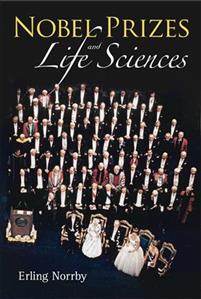 NELSON MANDELA- CONVERSATIONS WITH MYSELF